U.S. States With the Fastest-Growing Economies 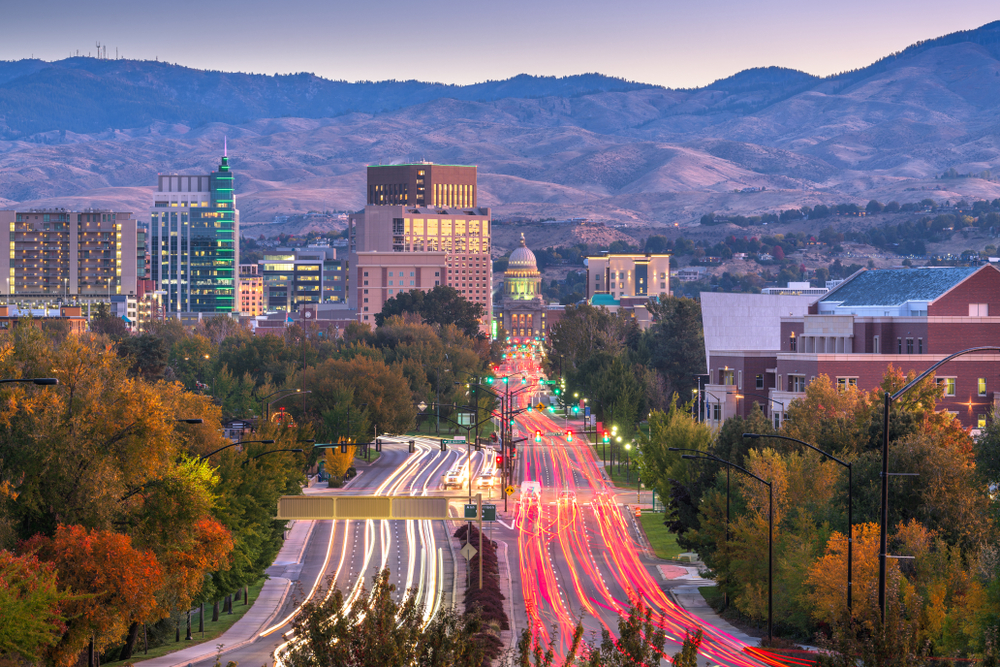 Since the beginning of the COVID-19 pandemic, experts have struggled to understand exactly what is happening with the U.S. economy. In the spring of 2020, many observers feared massive job loss and economic hardship, but robust federal stimulus helped stem the worst effects. Through much of 2021, the labor market experienced an unprecedented combination of relatively high unemployment, high numbers of job vacancies, and record numbers of job switches. Better-than-expected economic performance throughout the pandemic has given more households the means to spend on big purchases like houses or durable goods—leading to massive price increases in many categories. Looming over it all was the pandemic itself, as waves of COVID-19 could suddenly depress demand in categories like hospitality and travel or snarl the supply chains that the economy relies on.

Today, the economy does show some worrying signs. Since the start of the year, the U.S. stock market has suffered staggering losses. Inflation has dominated headlines for almost a year, with the Consumer Price Index rising at its fastest rate in decades. The U.S. Federal Reserve has embarked on a series of interest rate hikes to cool demand in the economy, which should reduce inflation but could also send the economy into a recession. Global events like the Russian invasion of Ukraine and a recent wave of COVID cases in China could continue to disrupt global supply chains and make it harder to find certain goods. Amid all this news, consumer confidence in the economy has fallen in recent months and remains below pre-pandemic levels.

But by many other key indicators, the overall economic picture is strong. Real GDP grew by 5.7% over 2021, powered by strong consumer demand and a rebound effect for many industries after a difficult 2020. The unemployment rate has fallen to 3.6%, just above the pre-pandemic level of 3.5%, and the tight labor market has helped push workers’ wages higher. Thanks to increased savings and strong investment returns during much of the pandemic, more entrepreneurs have had the resources to start new businesses.

In some ways, these factors suggest that the onset of the COVID-19 pandemic was a significant but temporary disruption to a strong run of economic growth. Business applications are up 60% over their numbers in early 2017, while total GDP has risen by 27.3% over the same span, and per capita income is up by more than a quarter, from $50,765 to $63,759. All of these positive signs for economic growth have happened despite relatively flat growth in the overall population and number of Americans who are employed, which suggests that businesses and their employees are becoming more productive over time.

LEARN MORE
Filterbuy’s MERV 13 pleated air filter utilizes an electrostatic charge to remove very fine particles from your air, as well as potential allergens like mold, pet dander, and bacteria. Ensure the air you’re breathing in your home is healthy by replacing your home air filters every 3 months.

While population growth has slowed at the national level, states with increases in population and employment growth are seeing an extra boost to their economies. A greater number of residents and workers means more entrepreneurs are available to start businesses and more workers are around to help companies grow. The region that has seen this effect most directly is the Mountain West, where states such as Nevada, Idaho, Utah, and Montana have seen rapid growth in both population and employment recently.

These locations join prospering Sun Belt states like Texas, Florida, and North Carolina in enjoying growth across a number of economic indicators. The states with the fastest-growing economies all have more people, more workers, and more business creation contributing to greater incomes and GDP.

Researchers at Filterbuy combined these factors to determine the states with the fastest-growing economies between 2020 and 2021. The data used in this analysis is from the U.S. Bureau of Economic Analysis, U.S. Bureau of Labor Statistics, and U.S. Census Bureau. Researchers calculated a composite score based on the following factors, all weighted equally:

Here are the states with the fastest-growing economies.

States With the Fastest-Growing Economies

The data used in this analysis is from the U.S. Bureau of Economic Analysis GDP and Personal Income data, the U.S. Bureau of Labor Statistics Current Employment Statistics, and the U.S. Census Bureau’s Business Formation Statistics. To determine the states with the fastest-growing economies between 2020 and 2021, researchers calculated a composite score based on the following factors, all weighted equally:

In the event of a tie, the state with the greater GDP growth was ranked higher.

A credit in the amount of your air filter purchase up to $30 will be applied to your dryer vent cleaning invoice. Available to Southeast Florida residents only.

No ThanksAdd Service (+$179)
Your Cartview cart

FREE SHIPPING ON ALL ORDERS!